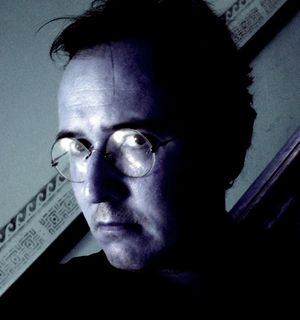 Hooligan is the "owner" of Chesterwiki. I used to be quite seriously disabled with AS (Ankylosing spondylitis) - hence a desk-based hobby and no more rock-climbing - then I came upon a "new" therapy which fixed it! ("Humira - or a biosimilar).

Dumped on a pier-head step in Liverpool in 1959 (it was about midnight on midwinter's eve, and so quite cold) I promptly died. Fortunately the people at the hospital managed to get me back. I was adopted and grew up on the Lancashire Moors. With some minor aptitude for science/medicine I went off to Cambridge (my father asked if I could not get in to somewhere closer). Three years later, with a quick PhD in maths (code-breaking, don't ask) I was off to London to study as a lawyer. Five years later, off to the Netherlands, to study as a European Patent Attorney. Eventually a litigator, I chased copies and knock-offs around the world.

I moved to Chester in 1990, and bought a Victorian house in a sad state of repair, but with "many original features" (the original plumbing, wiring, etc). Fortunately, I'm fond of woodwork, brickwork, welding and so forth. One major addition to the house was an astronomical "obsy" for a very obscure type of Russian reflector.

Retrieved from "http://www.shoutwiki.com/w/index.php?title=User:Hooligan&oldid=30866"
This page was last edited on 22 December 2019, at 18:11.
This wiki is hosted by ShoutWiki • Staff Blog
Now hiring • Contact us or report a bug
Privacy policy • About ShoutWiki • Terms of use • Piwik optout • Mobile view