Page last edited 1,969 days 21 hours ago
ShoutWiki — express yourself and be heard!
Jump to navigation Jump to search
CodeNameRave
CodeNameRave 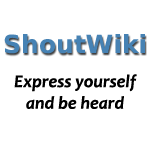 English: Started by Codenamerave on September 21, 2015.

Codename: Rave follows the story of a man known only as the Operator as he struggles to find a place in a city where everyone has power Beyond imagination except him. Though hand to hand combat is a form of his survival to an extent, the Operator calls to Sonic Goddesses known as the Groove when times get rough via turntable technology. In a city where everyone holds power but him, it gives him just enough of an edge to keep him from falling over the cliff.

There aren't too many things that won't come from a pen swung by the Broken Flow. Be it video games, raw romance, action, or weird word play, he's always looking for the next challenge. The Broken Flow remains the center of the literary universe within the world of Codename: Rave. Over the past 15 years he has worked tirelessly to temper his pen and form his black ink into his shards of story. Pull up a chair, but don't get too comfortable.

Now,we are live on Patreon http://bit.ly/1j1Ldmn . Comic Lovers can get all the issues for free as rewards! Be a Patron for Our Comics.

Retrieved from "http://www.shoutwiki.com/w/index.php?title=CodeNameRave&oldid=22129"
Categories:
This page was last edited on 30 May 2016, at 18:41.
This wiki is hosted by ShoutWiki • Staff Blog
Now hiring • Contact us or report a bug
Privacy policy • About ShoutWiki • Terms of use • Piwik optout • Mobile view