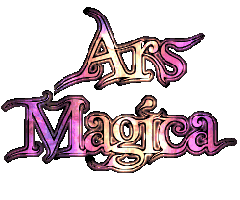 Description: A look into what MineCraft could become when you add a splash of magic.

Ars Maciga is a minecraft mod that adds several things to the game, including:

Over 70 unique and highly scripted spells that change the way you play the game. A completely new and unique power system, called Essence A way to convert items into others based on their essence values A complete magic level up system Full SMP Support 1.3.2 compatibility A new flying Pathfinding engine that supports long range pathing New unique mobs Structure Generation A focus on teamwork and exploration Quests! Four full new sets of armor An armor system called Infusion A new animated particle system that uses advanced motion controllers to take much of the heavy lifting out of making particles do cool things. It will be released as an API later on. Different spell types: Self, Target, Touch, Block, Cone, AoE, Channeled, and Summon Several new AI tasks and behaviours

Retrieved from "http://www.shoutwiki.com/w/index.php?title=Ars_Magica&oldid=26296"
Categories:
This page was last edited on 5 March 2017, at 18:26.
This wiki is hosted by ShoutWiki • Staff Blog
Now hiring • Contact us or report a bug
Privacy policy • About ShoutWiki • Terms of use • Piwik optout • Mobile view